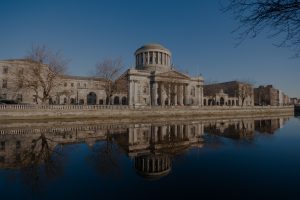 A woman with terminal cancer who claimed her cervical smear test slide was negligently misread has settled her legal action.

The case opened on Friday when the High Court heard the claims would be fully contested by the Health Service Executive (HSE), as operator of the national cervical screening programme, Medlab Pathology Limited, which was contracted to test smear samples, and a pathologist.

The HSE had admitted to a breach of duty only in respect of a delay in relaying to the plaintiff the result of an internal audit of her smear test, which was conducted after her cancer was diagnosed, the court heard.

This internal review allegedly saw the 2015 smear test be reclassified from one with a negative result to one showing atypical squamous cells of undetermined significance.

The confidential settlement with the HSE and MedLab Pathology, which has offices in Dublin’s Sandyford Business Park, was without admission of liability, while the case against the pathologist was struck out. The plaintiff was to be awarded her costs.

A separate pending action taken by the woman’s husband for alleged nervous shock arising from the same alleged circumstances was also struck out with an order made for his legal costs.

Earlier, the court had heard that the woman had a routine smear test as part of the CervicalCheck screening programme which returned a normal result in May 2015.

She was subsequently diagnosed with cervical cancer in April 2017 after attending a hospital emergency department with bleeding and extreme tiredness.

In her action she had claimed that, on the balance of probabilities, if her May 2015 smear test had been properly reported, and if she had at that point been referred to colposcopy or been advised to undergo more interval smear tests or other investigations, she would have had an earlier pre-cancer diagnosis, which would have been treated and not have developed into cancer.

The woman’s counsel, Oonah McCrann SC said the cancer diagnosis and treatment attempts have had a “devastating” impact on the woman’s mental and physical health.

Ms McCrann told the court that the mother-of-four was forced to endure radical radiation therapy with chemotherapy for her cancer. Despite these efforts, the woman, who is in her early 40s, now has a terminal diagnosis and is receiving palliative treatment.

Counsel said the woman worries she will not get to see her children grow up. Her youngest child is still in primary school, the court heard.

The woman came to court with her husband and was visibly emotional as she watched the morning’s proceedings from her wheelchair.

Mr Justice Paul Coffey said he was pleased to hear that a settlement had been reached in what was a “very sad and difficult case”. He conveyed his best wishes to the woman and her family.

Call 1800 515 515 for a consultation or send us your details and we will be in contact as soon as possible.

Call 1800 515 515 For a Consultation or send us your details and we will be in contact as soon as possible. We Have City Centre And Nationwide Clinics.